The Lost Souls of The Deadly 1928 Hurricane – Paranormal Investigation 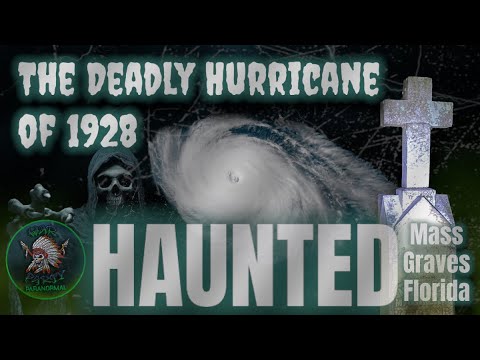 The Lost Souls of Hurricane 1928

When you think of Catastrophic Hurricanes, the first thing that might come to mind, is the massive destruction cause by Hurricane Andrew, This Category 5 storm reached wind speeds of up to 174 mph. and made landfall in 1992, it decimated Homestead Florida. In fact it has even been linked to the massive investigation of pythons that now inhabit the florida everglades, after destroying a facility housing them for resale as pets.

What you might not have hear of is the Hurricane of 1928. This massive storm although slightly less powerful than Andrew, it took a extremely deadly path making land fall near west palm beach and crossing the state from east to west causing Severe flooding therefore causing Lake Okeechobees Levees to fail. this caused hell on earth with inland walls of water up to 20ft high completely washing away almost everything up to 100 square miles. the amount of death caused by this storm is Unfathomable. sadly the biggest community impacted was the African American and migrant community that lived and died working and farming the surrounding areas of lake okeechobe. this is where things get disturbing. due to the horrible segregation laws of the times thousands and thousands of body’s were order to be collected by the surviving farm workers. once collected the Whites where given a casket and honored with a proper burial while the body’s of thousands of African-American and Bahamian’s were dumped into multiple mass graves around the lake. It has been reported that this area is now haunted by thousands of lost mistreated souls

The Lake Okeechobee Hurricane of 1928 struck Puerto Rico as a Category 5 hurricane on September 13, causing over 300 deaths and leaving more than 500,000 people homeless. The storm weakened slightly before making landfall near West Palm Beach, Florida, on September 16, bringing winds of 145 mph and destroying more than 1,700 homes.
The hurricane’s impact was most severe around Lake Okeechobee, where the storm surge caused water to pour out of the southern part of the lake, with 10- to 20-foot-high inland waves sweeping away thousands of buildings and drowning at least 2,500 people, making this the second deadliest natural disaster in U.S. history.

Hurricane Safety and overlook it see tips from the American Red Cross: 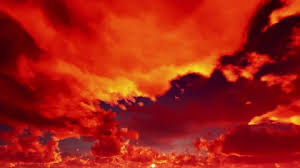 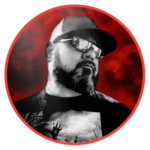