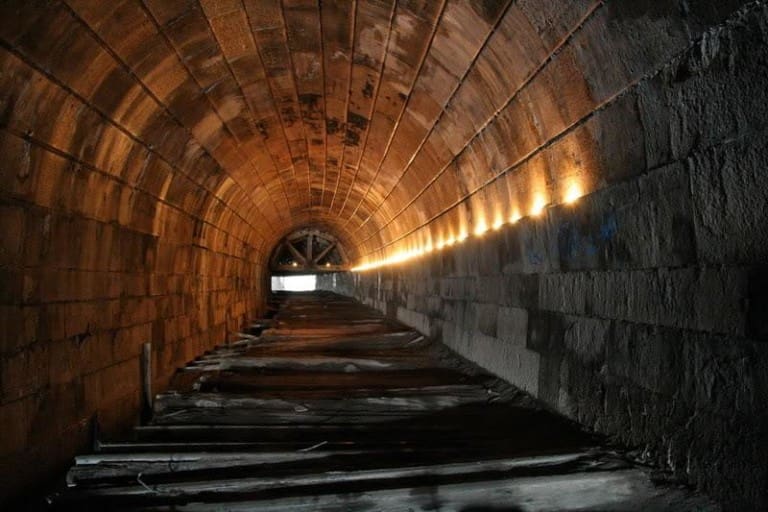 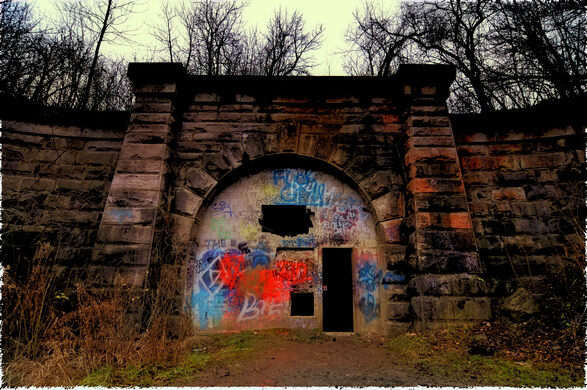 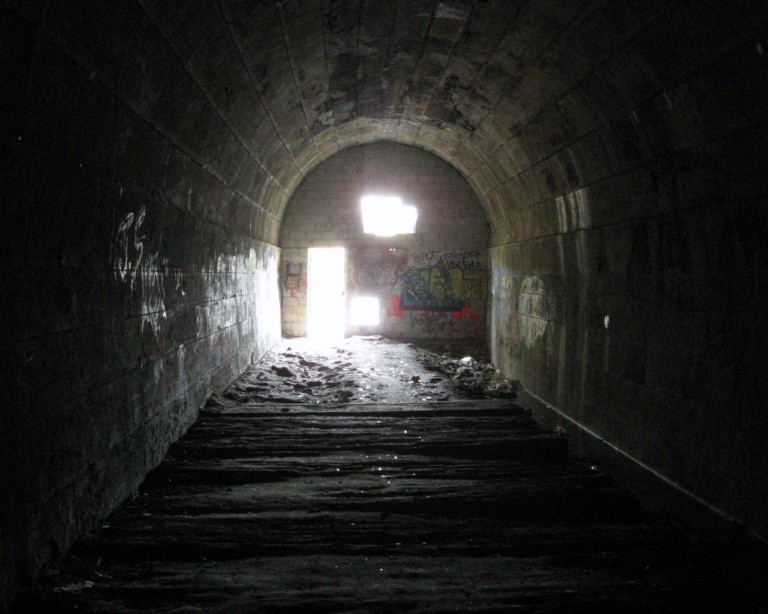 THIS RAILWAY TUNNEL NEAR ST. Catharines, Ontario, was built approximately 140 years ago and closed just over a century ago after a double swing bridge for a newer railway was constructed. The now-abandoned tunnel runs under what used to be the original Welland Canal for well over 500 feet, decreasing in height as you head east before ending in a silt-filled wetland.

KNOW BEFORE YOU GO
The site is about a mile (1.5 km) hike from the road. This tunnel is difficult to see from the abandoned road and there are trails leading to it. Inside, the base is slippery in areas with wet mud and there are constant drips from the water above. The area has been patrolled by a security force for the canal. Some areas are much more restrictive than others and are under watch. If you venture too close to some areas, you will be asked to leave.

What we always encounter when entering the Tunnel. It is very creepy and sounds of voices throughout the Tunnel. We captured voices, shadows, and an eerie feeling someone is watching you. On the top 10 list of one of the most haunted places in Canada.

HISTORY OF BLUE GHOST TUNNEL
Several fatal accidents occurred during the construction and use of the tunnel and the railway running through it. In 1875, a 14-year-old was killed when he was crushed under a large rock. On January 3, 1903, at 7:03 AM, Engine Number 4 and Engine Number 975 met in a head-on collision approximately a third of a mile from the western entrance of the tunnel. The trains were moving at approximately 22 miles per hour when they crashed, and the firemen of both trains, Charles Horning of Engine Number 4 and Abraham Desult from Engine Number 975, died as a result of their injuries. In total, 107 men were killed during the construction of the tunnel and the canal in its surrounding area.

When the Tunnel was being built the Welland canal had to be re-directed to complete the construction, unfortunately in doing that a nearby Graveyard was flooded and over 900 burials were submerged under the water. They tried to take the bodies out of the water but were not successful. Those bodies are still under the Welland Canal. With the number of people killed and the nearby Graveyard flooded its know wonder why this Tunnel is haunted.