ABANDONED HAUNTED FARMHOUSE **I’ve Made Them Angry!!**
Next Video 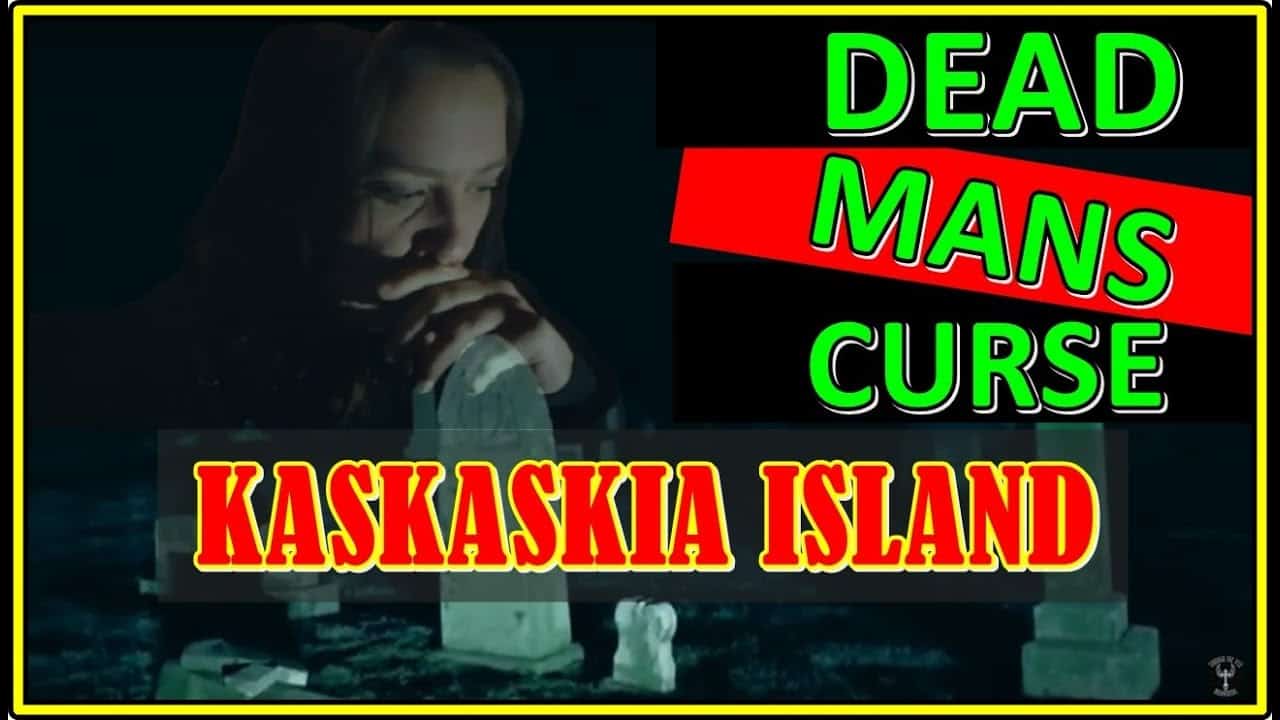 #kaskaskia #dead #curse #throughtheveil
An old Indian curse randomly returns to flood the town of Kaskaskia A tale of love, murder, and betrayal that cursed an island for eternity.
A smattering of houses and an ancient church are all that remain of present day Kaskaskia, population 18.
But that’s more than can be said for the original Kaskaskia, which now exists as a sandbar bordered by trees and farmland – its destruction is something that many locals attribute to “The Curse.”
In the early 1700s, Kaskaskia, the first capital of Illinois, was a thriving metropolis located along what was then the Kaskaskia River.
Jean Bernard, a wealthy French fur trader, owned a trading post on the edge of the city in the 1730s and employed many local men, among them a young Indian man named Ampakaya.
Jean became particularly fond of Ampakaya and took the lad under his wing – until he realized his daughter, Marie, was equally entranced by him.
Jean forbade their relationship, running Ampakaya out of town, because the union of a French woman and Indian man was uncommon and unacceptable at the time. But the young man returned again later for Marie. The two ran off but were caught by her father and brought back to Kaskaskia.
Jean bound Ampakaya to a log and pushed it downstream, but before the water carried him to his death Ampakaya said, “. . .May the filthy spot on which your altars stand be destroyed, may your crops be failures, your homes dilapidated. May your dead be disturbed in their graves and your land becomes a feeding place for the fishes!”
Since these words were uttered so many years ago, flood after flood has ravaged the land, seemingly determined to take every last shred of the original Kaskaskia with it.
By 1915 the city was gone, washed completely away by the Mississippi River and buried in a watery grave under layers of sediment.
Historians have a rather simple explanation for the town’s destruction. It was founded just north of Chester on a peninsula jutting out into the Kaskaskia River. In 1881 the Mississippi River broke across the narrow strip of land that separated it from the Kaskaskia River, joining the two rivers and making the town an island accessible only by bridge from Missouri. The swiftly moving currents of the combined rivers methodically wore away the town’s outskirts until it eventually dismantled the entire town.
The church was relocated brick by brick to where it stands now in present-day Kaskaskia, but not before the altar was destroyed by floodwaters, as the legend says. Graves were swamped, and in 1892 money was appropriated to relocate the 2,000-plus bodies to where they lie now on Garrison Hill. Relatives of some of the deceased protested the interruption of eternal rest, leaving some bodies where they were buried.
Dorothy Brown, a 51-year islander, as those who live in Kaskaskia are called, said just this summer that her husband’s nephew found a skull and bones in the area of old Kaskaskia, located about three miles from where the town sits today. And just a few years ago they discovered headstones dated back to the 1700s and 1800s.
“Once in a while a grave will wash up and they will see skulls and bones,” Brown said. “They’ll be one wash out after a high water.”
It seems as if old Ampakaya’s wishes came true. But do the people near Kaskaskia think “The Curse” is behind all of the flooding and destruction…
But when the clouds darken and the thunder and lightning begin, she and fellow Kaskaskians have a saying they use:”Let’s give the island back to the Indians.”