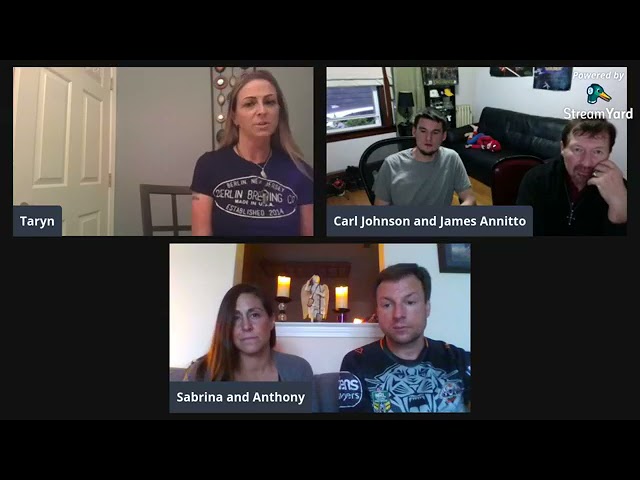 Duo Daemonologie is a a research unit comprised of Demonologists Carl L. Johnson and James Annitto.It is the central goal of Duo to legitimize Demonology: study of the lore and tradition of “wicked spirits” through application of scientific methods. www.demonology.org . James Annitto is a Deacon and a Demonologist who has worked alongside many other specialists in this field. James is also a paranormal investigator/researcher and member of Sanctuary Paranormal and the former founder/owner of The Dominion Ministry . He has been in the paranormal field since the early age of 15, investigating graveyards and legendary surrounding in the New England area such as Mercy Brown, Ladd School, USS Salem, and Slater Mill His knowledge of the paranormal came from reading many books by in his early years. Watching Unsolved Mysteries, Scariest Places on Earth and then, eventually, Ghost Hunters increased his interest and knowledge of the field. His first ever experience came when his aunt showing him a ghostly figure peeking out of a window during one of their vacations. With this experience James came to love the paranormal and knew that he wanted to be a part of this field when he got older. Being a teenager of 15, it was difficult for him to become part of a research group let alone start his own, so he travelled to graveyards with his camera and a flashlight until he was able to form his own group’s years later called Ghost Hunters of Supernatural Truth (G.H.O.S.T.). G.H.O.S.T. consisted of Andre Correia formerly of R.I.P.S who appeared on “The Haunted” episode “Demon Attack,” and other members from different areas of the paranormal field with experience levels of none to a few years. James gained a lot of experience running the team and calling clients/business/homeowners. After being in the field for the last 15 years, James has gained a great deal of experience from working with many well respected members of the paranormal field. He has appeared on many radio and local television shows. James has also given scores of lectures at libraries and expos. James began a new level of his paranormal life when he began his studies in demonology and the ministry. Dedicating himself to helping others in the field and those who are in need of a cleansing or blessing, he travels anywhere he is needed free of charge. Even though he has over 400 cases under his belt, he never makes himself to appear as if he is better than his peers in the field or unavailable to someone who requires his assistance. If for some reason he is unable to help, he always passes the case along to another in the field with equal or more experience than himself. James in March 2015 created The Dominion Ministry to change the landscape of the spiritual warfare field, bringing many spiritual warriors together. In early 2017, James stepped down from The Dominion Ministry to make time for his family and continued studies in the paranormal and as well becoming a seminarian and then eventually ordained as a Deacon. Currently, James works alongside Carl Johnson in the research/lecture group Duo Daaemonologie which started lecturing in 2019. Carl L. Johnson has been investigating reports of strange phenomena for the past 47 years, beginning with his association with noted ghost-hunting couple Ed and Lorraine Warren. As members of a team based at Rhode Island College, Carl and his twin brother Keith were called in to investigate the Perron family’s farmhouse in Harrisville, Rhode Island during August and September of 1973 and they alerted the Warrens to the Perron’s situation. Forty years later, this inspired a motion picture titled, The Conjuring. Both Carl and Keith were featured in the first and second seasons of the SyFy Channel series, Ghost Hunters, leaving the show to better pursue their own endeavors. Carl has numerous other television credits including the shows Paranormal State on A&E Network, The Haunted on Animal Planet, Finding Bigfoot on Animal Planet, Most Terrifying Places In America on Travel Channel, A Haunting on The Learning Channel, Destination America Television and Travel Channel, Ghost Adventures on Travel Channel and, Mysteries: Decoded on Travel Channel. Carl L. Johnson explains his avocation as follows: “Demonology is concisely defined as the systematic study of the lore and cultural traditions of ‘wicked spirits’. Specializing as a demonologist, Carl is co-founder, along with theologian James Annitto, of Duo Daemonologie, which is an educational program, lecture forum and investigative team. It is through Duo that Carl continues his exploration of occurrences suspected of being of preternatural origin. He writes and lectures on related topics, and is well-versed in arcane lore. He is the co-author, along with Lana J. Brock, of “Shadow Realms Demonology”